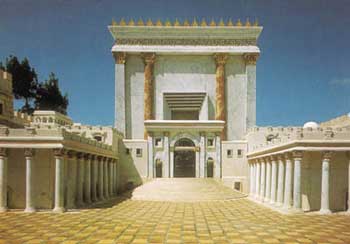 Now His parents went to Jerusalem every year at the feast of the Passover.  And when He was twelve years old, they went up according to custom;  and when the feast was ended, as they were returning, the boy Jesus stayed behind in Jerusalem. His parents did not know it,  but supposing Him to be in the company they went a day's journey, and they sought Him among their kinsfolk and acquaintances;  and when they did not find Him, they returned to Jerusalem, seeking Him.  After three days they found Him in the temple, sitting among the teachers, listening to them and asking them questions;  and all who heard Him were amazed at His understanding and His answers.  And when they saw Him they were astonished; and his mother said to him, "Son, why have you treated us so? Behold, your father and I have been looking for you anxiously."  And He said to them, "How is it that you sought me? Did you not know that I must be in my Father's house?"  And they did not understand the saying which He spoke to them.  And He went down with them and came to Nazareth, and was obedient to them; and His mother kept all these things in her heart.

We begin our Advent Devotional with a family trip to Jerusalem – an annual event for the family of Jesus. He is no longer the baby in the manger but has become a self-asserting and confident twelve year old. His parents have given Him increasing freedom as He has matured, but are not yet ready to let Him entirely go His own way in the world.

If you have had children in High School or going through College you can appreciate the note of anxiety expressed in Mary’s words “Son, why have you treated us so? Your father and I have been looking for you anxiously!” (verse 48).

This whole business –  growing up - letting go - allowing our young ones to find an identity that is truly their own – finds a parallel in our spiritual journeys.

Paul speaks of how our faith needs to grow towards maturity. That process requires letting go of old ways of doing things and the taking on of new practices. Discovering ‘who we are’ in Christ is a life long journey.

It is also a journey that has it’s fair share of anxious moments. There is an element of risk involved that the parent within us may caution us against. ‘Be careful’ whispers an inner voice, ‘You could  get lost along the way… and then what will happen?’

The voice of faith responds; “Lost? No. Not lost. In my Father’s house – about my Father’s business - asking questions – finding answers.”

Lord, as we make this Advent journey we ask that it will be one that deepens our faith in You. Remove from us any anxieties we may have about making steps of commitment to the things of Your Kingdom. Help us to ask questions and find answers, through Jesus Christ. AMEN.