I believe in the Kingdom 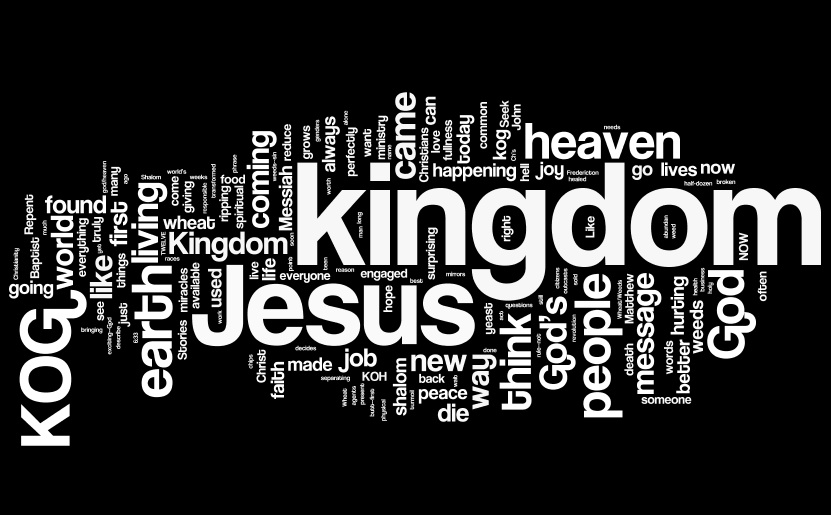 For the Christian Liturgical calendar the year has turned full circle. Next week is the beginning of a new cycle as we celebrate the First Sunday of Advent. But this coming Sunday is known as 'Christ the King' or 'Reign of Christ' Sunday.  H.G. Wells, author of such classics as 'The Time Machine' and 'War of the Worlds' once wrote that “The doctrine of the Kingdom of Heaven, which was the main teaching of Jesus, is certainly one of the most revolutionary doctrines that ever stirred and changed human thought”.

Even though my native lands in the United Kingdom still possess a monarchy, the idea of Kings and Queens who actually have any power over us is a relic of the past. Whilst the Queen of England still has certain discretionary powers the days when, at the drop of a hat, a monarch could declare 'Off with their heads' have hopefully gone for ever. These days we view such barbarity as an act of terrorism and cowardice

We do not live in a world at peace. Some nations are traveling through their dark ages. In many places justice is hard to find. Poverty, lack of resources, insurgency and war are deadly specters that haunt far to many places around the globe.  Wherever ultimate power is invested in an irresponsible elite, it usually transpires that tragedy is not far away.

What is striking about the Kingdom of heaven proclaimed by Jesus Christ is that it turns our ideas about power and authority upside down. There are no immigration restrictions because everybody is welcome. The greatest in this Kingdom are those who serve. The only authority is the rule of love. Citizens are even invited to practice forgiveness towards those who trespass against them and to love their enemies. No wonder H.G. Wells described such teaching as 'revolutionary'.

We are on the eve of Thanksgiving. We truly should be thankful for the freedoms we enjoy and the prosperity that graces so many of our lives here in this abundant land of opportunity and possibility. No, it is not perfect. It is not the Kingdom of heaven. But we are truly blessed.  As we consider our many blessings hopefully we can also think about how to be a blessing to others. Practicing 'Heavenly Kingdom' principles like caring for our neighbors and offering forgiveness, rather than retribution, might be one way forward.

Last week here at Mount Hebron we had a wonderful service dedicating our grand piano to God's glory. The sermon from the day 'I believe in Music' can be found here. This week we meet at 10:00 am when I shall be speaking on the subject 'I believe in the Kingdom'.

And if you are in the mood for some Contemporary Christo-centric Kingdom Music, try this: - "Let Your Kingdom Come" from the suitably named 'Sovereign Grace Music'. Wherever this Thanksgiving season finds you, may God's blessing also be found!