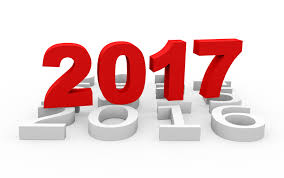 It is impossible to predict what any given year will bring. In my homelands 2016 was the year many decided they no longer wanted to be part of the European Union and Brexit happened. Here in the United States, Middle America appears to have been feeling more disenfranchised and upset by the political process than many realized, and a media star/business man with few political credentials, has become the president elect.

Very few at the beginning of the year would have predicted such events could take place. The animosity surrounding both these public decisions has been alarming. Views that we had thought were unacceptable have been vented and harsh and hurtful words have been spoken across the political spectrum. So what now?

The UK's Channel 4 invites somebody every year to give a Christmas message. This year they invited the husband of young mum, politician and human rights activist Jo Cox to speak. Jo, a British Labour Party Member of Parliament for Batley and Spen, died after being shot and stabbed multiple times in Birstall, West Yorkshire on June 16, 2016. Her husband Brendan had this to say.

“2016 has been an awful year for our family, and it’s been a divisive one for the wider world. A year in which fascism, xenophobia, extremism and terrorism made us divided and felt threatened, from America, to Europe, to the Middle East and beyond. And these trends could strengthen - they could gain momentum they could consolidate and they could threaten the fundamental freedoms, and democracy that our grandparents fought for. But that isn’t how it has to be.

Just as it has become apparent that tolerance and tolerant societies are only as strong as their defenders - there is nothing inevitable about the rise of hatred. Instead of being a turning point for the worse, 2016 could be a wake-up call that brings us back together. A wake-up call for all those of us who thought that the values that feel so much part of our society; of tolerance, of fair play - were in some way sacrosanct and didn’t need defending. A wake up call that this isn’t someone else’s problem. And a wake-up call, that we all have our part to play.

In a speech a few weeks before she was killed, my wife quoted Edmund Burke who said that, “All that is necessary for evil to triumph is for good men and women to do nothing.”.... After all that’s happened this year, she would hope that all of us make a resolution to do something in 2017 to bring our communities back together. To reach out to somebody that might disagree with us. Now is not a moment to shout louder into our echo chambers. It’s a moment to reach out.”

As he rightly observes “We all have our part to play.” In our family. In our community. In our church. Every day is an opportunity to reach out to somebody! “Let your gentleness be evident to all. The Lord is near. Do not be anxious about anything, but in every situation, by prayer and petition, with thanksgiving, present your requests to God. And the peace of God, which transcends all understanding, will guard your hearts and your minds in Christ Jesus. (Philippians 4:5-7 NIV.)

Here at Mount Hebron Presbyterian Church we are beginning a New Year of worship with a communion service at 10:00 am Sunday morning. A good time to seek for God's help to travel through the days that lie ahead of us.

For some music, a hymn that we will be singing Sunday. This particular version is by Don Moen... “O God our help in ages past” New Year blessings to all!

Mary was the original Spice girl. She epitomized girl power. What am I talking about?

She was the original “Baby-Mama.” (A contemporary term used to describe a girl who has a child conceived before marriage.) Her teenage pregnancy out of wedlock was God's idea. This is such a scandalous thought that over the centuries theologians have had to come up with terms such as “Immaculate conception” and notions such as “Perpetual virginity” to justify it. In the biblical book of Matthew, Joseph has to have a dreamy angelic encounter before he will accept it. Had that not occurred the Son of God would have been raised in a single parent family.

Mary was a total political radical. Have you ever read Mary's words in the gospel of Luke 1:46-56? “God's mighty arm has done tremendous things! God has scattered the proud and haughty ones. God has brought down princes from their thrones and exalted the humble. God has filled the hungry with good things and sent the rich away with empty hands.”A manifesto that expresses a desire to totally overthrow the powers, economic base and structures that perpetuate hunger and injustice. Powerful words from a young girl living in an age before the right of women to vote had even been conceived.

Mary was out and proud about her beliefs. She didn't keep her thoughts to herself. She sang them. What became known as “The Magnificat” has topped the religious charts for over 2000 years. In a time of skepticism, disbelief and cynicism Mary sings at the top of her lungs “My spirit rejoices in God my Savior! For God took notice of a lowly servant girl, and from now on all generations will call me blessed.” The original “Spice Girls” all had nicknames. Mary would unashamedly be “Holy Spice”

Of course Mary is also the original Spice girl because of the event recalled in virtually every nativity scene around the globe. Wise guys bring her gifts of gold and spices.

So forget all those notions of Mary being a timid girl, a shrinking violet or a powerless participant in the divine drama. If you follow her story through to the end of the life of Jesus you will observe that she's one of the few who actually never deny Him. You could even call her the first “Wonder Woman.”

Twenty years after the Spice Girls debuted their hit song "Wannabe" in Europe, a new generation are re-purposing their girl power anthem to say exactly what they "really, really want" for girls and women in 2016. Watch it here.

ProjectEveryone's #WhatIReallyReallyWant campaign, features performers from India, Nigeria, and the United Kingdom lip-syncing and dancing to point out ways to improve the lives of women and girls around the world: equal access to quality education, equal pay, and ending child marriages and violence against women. I think Mary would approve.
Posted by AJP at 6:07 AM No comments: