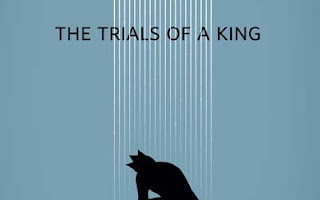 When Pope John Paul died, a man named Rogers Cadenhead registered a web address; www.BenedictXVI.com. Cardinal Ratzinger was elected the new Pope. He choose the name “Benedict XVI.” Some questioned what the Vatican would do to get the rights for the domain name.

Cadenhead didn’t ask the Vatican for money. Instead, on his blog, he suggested a few things he would trade it for:
He never explained what it was he did the third week of March in 1987. All we know is that it was something he felt he really needed to be forgiven for! Maybe in our own lives we have a personal “Third week of March” that we wish had never happened.

In 2 Samuel, chapter 11 we are told of David's “Third week of March.” While the army is at war, David, who is the commander of the nation’s military, neglects his duties and stays home. Across the rooftops he sees a lady called Bathsheba taking a bath. He decides, “I'm the King, I can do what I like.” He takes her. As a result Bathsheba becomes pregnant. David tries to cover up what he has done. He arranges for her innocent husband, Uriah, to be killed in the line of fire on the battlefield. Then he marries Bathsheba and she bears a child.

It looks as if David will get away with it. He doesn’t. God sends a prophet, called Nathan, to confront him by telling him a story about a poor man with one lamb. David knows about sheep and shepherds, so he listens. Nathan says that the poor man has a rich neighbor who needs to slaughter a lamb to feed a guest, but instead of taking one of his many sheep he steals the poor man’s one lamb.

David is incensed and says that such a man should be put to death. Nathan dramatically declares, “You are that man!” At that moment David must have wished he had bought a domain name that he could swap for absolution. He could have carried on making excuses and trying to cover up his wrong actions. Instead, David confesses. “I have sinned against the Lord.” (2 Samuel 12:13)

Remarkably, God does with David’s sin, what God is prepared to do with ours. He offers forgiveness and renewal. Later, in Psalm 103:12-13, David writes about this amazing gift of grace: “As far as the east is from the west, so far has He removed our transgressions from us. As a father has compassion on his children, so the LORD has compassion on those who fear Him.”

It's scandalous. It is undeserved and unwarranted. Whatever our “Third week of March 1987” might be, when we truly confess our sin to God, God offers forgiveness through the Cross of our Lord Jesus Christ. We can't explain it. All we can do is claim it. Paul writes in Romans 5:8 “God demonstrates God's love for us in this: While we were still sinners, Christ died for us.”

Amazing grace really is amazing grace. Click here an acapella of a certain song that declares just such a notion.

Here at Mount Hebron Presbyterian we continue to explore “The Story” a chronological version of the Bible by Max Lucardo and Randy Frazee. Last weeks sermon about David “Shepherd to King” can be found here. This week we move on to consider the latter part of his life. “The Trials of a King”

(Adapted from materials prepared by Randy Frazee related to “The Story”)
Posted by AJP at 12:02 PM