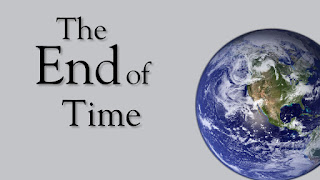 It's been quite a week for the United States. The election of a new president has left some rejoicing but others asking “How did that happen?” Some are feeling fearful about the kind of future that might ensue, should the most negative aspects of his campaign become a reality. We live in uncertain times.

As a church community here at Mount Hebron Presbyterian we conclude our travels through “The Story.” Last week we talked about Paul's final journeys (sermon here), this week our focus is upon the Book of Revelation, the final book of the Bible. Revelation was a volume that came about during a time of great uncertainty, both for the church community and for it's author, John, who was in exile on the island of Patmos.

The church had expected some opposition to it's message, but the ferocity and extent of the persecutions that were endured during it's earliest centuries was unprecedented. Their message of love and grace and tolerance was met with  misunderstanding, intolerance and hatred. Lies were circulated, whole communities scapegoated and a campaign was waged to obliterate the message and influence of those who claimed to be disciples of Jesus Christ.

The tenacity of their faith was remarkable. Many lost their lives. A commentator in the mid 2nd century complained to the emperor; "Do you not see that the Christians thrown to the wild beasts - that they may recant the Lord - do not allow themselves to be beaten? Do you not see that the more they are punished, the more the others increase in numbers?" That sentiment influenced early Church leader Tertullian, in 197AD, to make the statement that "The blood of martyrs is the seed of Christians."

The Book of Revelation was composed against this backdrop of violence and persecution. It is full of coded images and visions of events that are apocalyptic in scope. The overall message is one of hope. Tremendous hope. That at the end of all things – all will be well. The dark horsemen of war and famine and persecution shall be overcome. The faith of those who died for their beliefs will be vindicated and they will be crowned with glory.

Central to the vision of Revelation is the victory of Jesus Christ over death, over evil, over suffering, and over all that destroys and makes life seem like hell on earth. None of it comes without struggle. Yet the victory is secure and the promise for those who stay faithful is one of eternal blessing. “He will wipe every tear from their eyes. There will be no more death' or mourning or crying or pain, for the old order of things has passed away." (Revelation 21:4)

Revelation is a book that has brought great comfort to individuals and churches during periods of opposition. It has a message for uncertain times. It reminds us that the “Upper Story” of God's promises is an ongoing story that neither began, nor will end with us.

May seem like a strange choice for a song... but I'm going with “Singing in the Rain.” This clip is from a recently surfaced 1080p High-Definition digital transfer of the 1952 song. The dancing is still simply stunning, while the song never fails to instill a little bit of optimism in my heart.

The rain is going to fall. Always has. Always will. As we have traveled through “The Story” we have seen that God's greatest desire is for faithfulness. How empires rise and fall, but according to Revelation, the Kingdom of God outlives them all. God invites us to center our lives in the eternal purposes of God's love.

That will mean different things for different people, but I would rather be on the side of hope... no matter what the climate... be it political, religious or geographic. Uncertain times call, not for hand wringing and complaining, but for refocus and renewed commitment. To quote William W. Purkey, “You've gotta dance like there's nobody watching, love like you'll never be hurt, sing like there's nobody listening ... and live... like it's heaven on earth.”

Every Sunday we pray "Thy Kingdom come, on earth as it heaven."