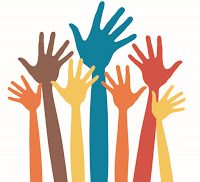 Here at Mount Hebron Presbyterian our online service last week focussed on 'Church Unity.' A video can be found here, a transcript here.

Jesus describes His work among us, more than once, as a bringing together, a gathering. He speaks in terms of a common table, a common home with many rooms, fish that are brought together, a harvest that is brought in, a party to be started.

He uses the same image when He describes the mission He left to His disciples. They were the ones sent out to bring the guests together, they were going to be fishers of women and men, the harvesters that would bring the crops and fruits together.

We are called to participate in that bringing together. Jesus sees unity as an essential ingredient of discipleship. John 17:21 “As You, Father, are in me and I am in You, may they also be in us, so that the world may believe that You have sent me.”

On the positive side, the current pandemic has seen many coming together in unexpected ways. Virtual communities. Online gatherings. Folk gathering food to provide resources for overstressed food banks. People making an extra effort to see that their neighbors are doing O.K. There have been great expressions of support towards those on the front-line, working in the medical services and other essential industries.

On the negative side there are some who have shown little concern for their neighbor and have complained about their individual rights. Religious, political, racial, and economic conflicts have not gone away, but in some instances been re-ignited by people's fear of the unknown. There has been an unhealthy obsession of looking for somebody to blame.

Our need for togetherness is more needed than ever before. The church is commissioned by Jesus to be a visible demonstration of unity, in a world that often pulls itself apart. Historically our faith communities have not been shining lights of togetherness. We are separated by past conflicts and present theological differences.

Yet still, Jesus prays for our unity. Still He gathers us. It is often in a time of crisis that we allow our barriers to come down and recognize that God actually is at work in those who differ from us.

For some music Bryn Haworth, “We're All One.”

Prayer: “Lord, take away all that separates us from each other. Make us appreciate our differences. Help us to complement each other as we work towards healing the devastation the current pandemic has inflicted upon so many lives.”